Mastodon
You are here: Home / Everything / Enterprise storage / Hybrid SSD/Hard Disk Drives: This Time For Sure!

Hard disk drive makers are adding flash storage to their conventional spinning-platter drives to improve performance and are targeting the performance PC market. Wait a second, haven’t we seen this before? As Rocky eventually said to Bullwinkle, “but that trick never works!”

Flash as a Cache

Using flash memory as a disk cache is a pretty good idea. Flash has awesome random read performance and fairly good write speed (compared to a hard disk drive, at least). That’s why more and more enterprise storage vendors are adding flash as a disk cache, not just a plain tier of storage.

EMC is the latest to make the move, announcing “FAST Cache” for their midrange Clariion and Celerra enterprise storage systems last week. They join NetApp, Sun, and others already offering similar capability. Fusion-IO has been the champion PCIe flash provider, but STEC is expected to join them soon.

See my post, Is Flash A Disk Or A Cache?

Flash-as-a-cache hasn’t been as easy to roll out as flash-as-a-disk, but it promises to be more effective. An array that completely integrates flash can take advantage of its positives (fast random read, fast-ish write, low power) without stumbling over its shortcomings (big write blocks, shorter lifespan).

Flash in a Disk

Although EMC is doing the right thing by adding FAST Cache, their implementation uses disk drive form factor flash rather than the PCI cards selected by others. It may prove more-difficult to optimize the system for the characteristics of flash when one is writing through a conventional disk drive interface like Fibre Channel or SAS. Would-be flash-and-platter drives face the same issue: How do you use flash effectively when it’s abstracted from the server and presented as a conventional disk?

The hybrid hard disk drive (H-HDD) method, rolled out back in 2007, added ATA commands allowing a compatible operating system to specify whether data sent to a hybrid drive should be written to flash or disk. These products were paired with Windows Vista’s ReadyBoost and SuperFetch to produce performance gains that never materialized in practice. The so-called “ReadyDrive” has become a footnote in history, along with Intel’s “Robeson” effort to add a flash cache to the motherboard.

It is unclear what the new generation of hybrid hard drives allegedly on the drawing boards at Toshiba and Seagate would look like. It is unlikely that they would use the H-HDD interface, but they will likely be aimed at the same performance laptop and desktop market. Servers have continued migrating towards advanced enterprise storage systems that pack their own cache, reducing the impact of bare hybrid drives. Rather than repeat the mistakes of the past, these companies could integrate real smarts into the disk controller, allowing it to autonomously move data to the flash cache to improve everyday performance without any special operating system support. This “tiered storage in a can” approach might deliver the goods that old-fashioned H-HDDs never could.

Once again, VMware added a ton of new storage enhancements to vSphere. With storage rapidly becoming the limiting factor in scalability and performance of virtual machine environments, this is no surprise. Also not surprising is the fact that major features like Policy-Driven Storage and Storage DRS (along with SIOC) are exclusive to “Enterprise Plus” licenses.

Is the Apple Watch a personal communication revolution like the iPhone, a well-executed gadget like the Apple TV, or a total miss? Does it mark the end of the the world as we know it for watches? And what’s it like to use one? I’m a watch guy and a gadget guy, so perhaps my perspective will be of some value. 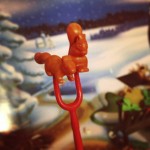