Mastodon
You are here: Home / Archives for Windows Vista

Yesterday, the Samba team released Samba 4.0, the culmination of almost a decade of work to create a full open source Active Directory server. Samba is the software that powers many Windows-compatible NAS devices, and the release of Samba 4.0 puts us all on a path toward SMB2 and SMB3 support! Introducing Samba Samba is an open source implementation of the Microsoft … END_OF_DOCUMENT_TOKEN_TO_BE_REPLACED

Let me put on my “grumpy old storage guy” hat for a moment: CIFS is not the network storage protocol used by Microsoft Windows, and many other clients. CIFS is dead, and has been for many years. The protocol used to share files over a LAN by the majority of personal computers is called SMB. I wish everyone in the industry would get that through their heads. Dear marketers: If … END_OF_DOCUMENT_TOKEN_TO_BE_REPLACED 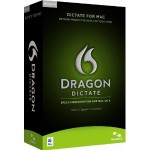 For the last few months, I've been experimenting with dictation software on the Mac. Previously, I had used the built-in dictation software in Windows Vista and Windows 7, but it was annoying to launch a virtual machine every time I wanted to dictate something. On the Mac and purchase an (expensive) copy of Dragon Dictate for Mac. So far, my experience has been less than … END_OF_DOCUMENT_TOKEN_TO_BE_REPLACED

Despite using Mac OS X for most of my daily work, I normally have one or two Windows 7 virtual machines running in VMware Fusion. I like to use Windows Speech Recognition when writing articles, being too cheap to spring for MacSpeech, and often have to use or test Windows-specific applications. Windows 7 is so much nicer in a virtual machine than Vista - it boots much faster … END_OF_DOCUMENT_TOKEN_TO_BE_REPLACED

Hard disk drive makers are adding flash storage to their conventional spinning-platter drives to improve performance and are targeting the performance PC market. Wait a second, haven't we seen this before? As Rocky eventually said to Bullwinkle, "but that trick never works!" Flash as a Cache Using flash memory as a disk cache is a pretty good idea. Flash has awesome random … END_OF_DOCUMENT_TOKEN_TO_BE_REPLACED