You are here: Home / Archives for Tech Field Day

Once upon a time there was Ethernet. Every half decade or so, the industry got together and worked out a faster version. Sometimes they didn't totally agree, but a standard emerged at 10x the speed of the previous version. Throw all that out the window: Faster Ethernet is coming, and it's going to be weird! Although it looks like a simple network Channel, Ethernet is … END_OF_DOCUMENT_TOKEN_TO_BE_REPLACED

One of the most remarkable aspects of running Tech Field Day is seeing all the innovation happening in Silicon Valley. Although we love to take our event on the road to other cities (we've hit Boston, Seattle, Austin, and Denver too), nothing compares to the San Jose-San Francisco axis of tech. That's why this year's Super Bowl matchup between Seattle and New England made me … END_OF_DOCUMENT_TOKEN_TO_BE_REPLACED

If you're interested in networking, I highly recommend tuning in to the video stream live this week for Networking Field Day 8! You'll see 9 different networking companies present their technology, products, and people to an international Tech Field Day delegate panel, and you can participate online through Twitter. 9 Companies, 12 Delegates This time around, our … END_OF_DOCUMENT_TOKEN_TO_BE_REPLACED

As most of my readers know, I also run the Tech Field Day event series, bringing independent voices in IT together with interesting companies in our space. This year, we're running a full-blown Tech Field Day event at VMworld, the largest we've ever put together. Although there's no live audience for Tech Field Day apart from the delegate panel, I invite you to watch … END_OF_DOCUMENT_TOKEN_TO_BE_REPLACED 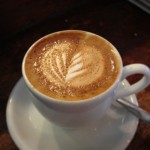 Storage interconnects are about to be revolutionized, and virtualization is the driving force. Traditional SAN and NAS has been augmented with technologies like VAAI to work with the “I/O Blender” presented by the hypervisor, but this is just the first step. Next comes distributed and converged storage technologies like VSAN. But this opens the doors to new I/O technologies … END_OF_DOCUMENT_TOKEN_TO_BE_REPLACED