You are here: Home / Archives for gigabit Ethernet

As soon as I saw the announcement of the next generation MacBook Pro with Retina display, I knew I needed to have one. I switched from a 15 inch MacBook Pro to a 13 inch aluminum unibody model last year, but I missed the high-resolution display. Since there were no major feature omissions apart from Gigabit Ethernet, I decided to buy the new model. While purchasing the … END_OF_DOCUMENT_TOKEN_TO_BE_REPLACED

Intel has been incredibly tight-lipped about Light Peak. Although I've been hounding my contacts inside the company for months, no one has spilled the beans about anything. All I know about Light Peak I learned on the Internet, as they say. Now comes another bombshell: Apple will introduce Light Peak-equipped MacBook Pros tomorrow (February 24) with "Thunderbolt", a high-speed … END_OF_DOCUMENT_TOKEN_TO_BE_REPLACED

I'm building a home/lab server to run a variety of workloads, but VMware ESX is chief among these. Sadly, VMware ESX is especially picky about network interface cards (NICs): Although many are supported, most are intended for servers and thus very expensive and difficult to find at retail. So I set out browsing through the VMware ESX HCL, Newegg, and Amazon to find the best … END_OF_DOCUMENT_TOKEN_TO_BE_REPLACED

As I considered the possibilities of the new Apple/Intel interconnect technology known as Light Peak, an odd parallel with 10 Gb Ethernet popped into my head. Much of the confusion around Light Peak revolves around connectors, power conduction, and backward-compatibility. Then, like the Grinch, I thought of something I hadn't before: Why use optical at all? 10 GBASE-T does just … END_OF_DOCUMENT_TOKEN_TO_BE_REPLACED 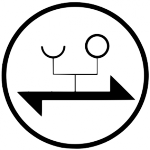 The buzz about Fibre Channel over Token Ring has built rapidly over the last week. Industry experts like Greg Ferro, Denton Gentry, and Joe Onisick have weighed in (as have I), and the Packet Pushers Podcast featured the news in show 12, "Get on the Ring!" Some have called out FCoTR as a foolish hoax, but the FCoTR phenomenon is not foolish. Indeed, FCoTR gives everyone in the … END_OF_DOCUMENT_TOKEN_TO_BE_REPLACED