You are here: Home / Archives for Everything / Computer History

Considering the history of computing, from the enterprise to the home. 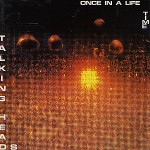 Data storage has always been one of the most conservative areas of enterprise IT. There is little tolerance for risk, and rightly so: Storage is persistent, long-lived, and must be absolutely reliable. Lose a server or network switch and there is the potential for service disruption or transient data corruption, but lose a storage array (and thus the data on it) and there can … END_OF_DOCUMENT_TOKEN_TO_BE_REPLACED

Once upon a time there was Ethernet. Every half decade or so, the industry got together and worked out a faster version. Sometimes they didn't totally agree, but a standard emerged at 10x the speed of the previous version. Throw all that out the window: Faster Ethernet is coming, and it's going to be weird! Although it looks like a simple network Channel, Ethernet is … END_OF_DOCUMENT_TOKEN_TO_BE_REPLACED

Greg "EtherealMind" Ferro recently "mused" that it might be a good idea to replace PCI Express (PCIe) inside servers or rack-scale infrastructure with Ethernet. But this seems to be the exact opposite of the direction the industry is headed. Rather than replacing PCIe with Ethernet, companies like Intel seem set on replacing short-range Ethernet (in rack-scale systems) with … END_OF_DOCUMENT_TOKEN_TO_BE_REPLACED

Way back in the 1990's, UNIX admins delighted in upgrading from NFSv2 to NFSv3. Then NFSv4 came around and ... crickets. Now VMware has become the first major/useful/mainstream application for NFSv4.1, so the floodgates are open! But are they? A Little History A long, long time ago, when Sun was the dominant server company and x86 was still a desktop CPU, computers needed … END_OF_DOCUMENT_TOKEN_TO_BE_REPLACED

One of the most remarkable aspects of running Tech Field Day is seeing all the innovation happening in Silicon Valley. Although we love to take our event on the road to other cities (we've hit Boston, Seattle, Austin, and Denver too), nothing compares to the San Jose-San Francisco axis of tech. That's why this year's Super Bowl matchup between Seattle and New England made me … END_OF_DOCUMENT_TOKEN_TO_BE_REPLACED