The difference between American and European mobile phone providers are vast, and the modern traveler is likely to run afoul if they are unprepared, running up a surprisingly large bill! Here’s a rundown of my standard techniques to prepare my American mobile phone for travel abroad.

The T-Mobile NL Laptop PrePaid SIM card is a great choice for use with an unlocked MiFi device like the Huawei E585. But make sure to set up the APN first, and register the card online immediately to get the full â‚¬10 credit!

Huawei Symantec is being unfairly targeted based on its parentage, its name, and its national origin. There is absolutely no evidence presented, only vague suggestions and generalizations about China, and their accusers are a handful of ultraconservative congressmen. There is no reason to put any faith whatsoever in these allegations. 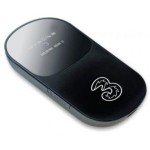 I would not hesitate to recommend the Huawei E585 for use in the UK, especially with Three’s generous prepaid data offer. Since it can be unlocked for use in other European countries, it becomes all that much more useful. But it is disappointing it’s not more useful in the USA!

Last year, as the pre-release hype around the iPad was reaching its peak, dozens of companies announced their own tablet computers or “pads”. Some predicted doom for Apple’s device even before it was released. After all, how could premium-priced Apple compete with the volume PC makers and all the factories in China? Pretty well, it turns out. Almost a year later, no tablet has even come close to Apple’s mighty iPad, and it currently boasts 95% market share. Where are the iPad killers?

On reading my thoughts about the evolution of enterprise storage, many pointed out that this looks an awful lot like the Facebook-led Open Compute Project (OCP). This is entirely intentional. But OCP is simply one expression of this new architecture, and perhaps not the best one for the enterprise.

CIFS is not the network storage protocol used by Microsoft Windows, and many other clients. The protocol used to share files over a LAN by the majority of personal computers is called SMB. I wish everyone in the industry would get that through their heads.