Mastodon
You are here: Home / Archives for nas storage

This is part of an ongoing series of longer articles I will be posting every Sunday as part of an experiment in offering more in-depth content. I am not the typical enterprise storage user. In fact, I am not an enterprise storage user at all - I am a consultant focused for over a decade on assisting enterprises with their storage architecture and strategy, working with … END_OF_DOCUMENT_TOKEN_TO_BE_REPLACED 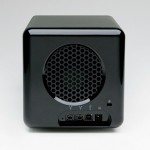 Data Robotics today introduced the second generation of what I think of as a personal storage array, but although the Drobo 2 offers great enhancements, making it a top choice for those needing massive and protected storage on a single computer, it's still not what I'm looking for in a home storage device. … END_OF_DOCUMENT_TOKEN_TO_BE_REPLACED

Even though storage virtualization technologies have been on the market for 20 years or more, and numerous companies have tried to sell it as a product in its own right for at least half that long, many are still unsure of what to do with the technology.  A great new piece by Dave Raffo, News Director at SearchStorage.com, discusses the wide variety of virtualization solutions … END_OF_DOCUMENT_TOKEN_TO_BE_REPLACED

When I reviewed the Drobo SOHO disk array back in November, I noted that it had only to add a few features before I got really interested: NAS, EXT3, and eSATA. I also noted that only the first of these three would interest the majority of users. Well, apparently the company had the same idea, so today they introduced the DroboShare, a NAS gateway for one or two Drobo … END_OF_DOCUMENT_TOKEN_TO_BE_REPLACED

There has been lots of talk about the Data Robotics (aka Drobo) SOHO "storage robot" - whoever they have doing their marketing deserves a raise! When I first heard about it, I was pretty puzzled - Why care about yet another storage enclosure, especially an overly expensive one that doesn't even have NAS features? On closer examination, I have become a believer in the … END_OF_DOCUMENT_TOKEN_TO_BE_REPLACED